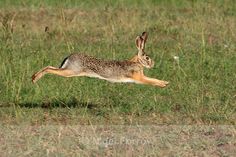 In Calorean, the main mode of transport is hare back riding. Not only does Beau get about the realm by hare, but he is also an accomplished jockey and regular competitor in the annual Calorean hare hurdles.

Calorean hares Septima and Bluebell are similar to Lepus Europaeus, the native brown hare of England. This species was introduced to Britain in the Iron Age, originating from the other side of the North Sea.

The brown hare has long, black tipped ears, golden brown fur and a black tipped tail. Accelerating to speeds of 45mph, it’s no wonder that Beau is able to compete so competently on his Calorean equivalent.

Brown hares live in grassland and arable land, dwelling in a small depression in the ground called a form. There, they raise young leverets, feeding them daily on wild grasses and herbs. Brown hares have 2 – 3 litters a year and breed in March and April. The expression “mad as a March hare” comes from the ‘boxing’ displays as the female fends off the male during the mating season.

Hares have enjoyed much publicity in Gloucestershire this year with the arrival of the Cirencester Hare Festival over Easter. 25 giant, fibre-glass sculpted hares were created and positioned around Cirencester. It’s well worth a visit to see these beautiful hares, lovingly crafted by local artisans.

To read about Beau, Skyle and their beloved hares, click here. 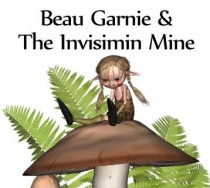