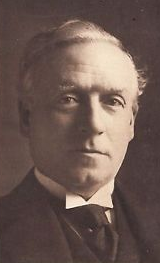 It is fascinating to read historical newspaper accounts of women’s emancipation which expose attitudes markedly different than those today.  Two contrasting newspaper articles about liberal politicians show remarkable differences in values, from which today’s politicians could draw a lesson.  The first article, reported in The Bury & Norwich Post 14 June 1898, shows a politician with considerable personal integrity, prepared to leave the Liberal Union due to their opposition to the “modest and reasonable” wish for women to have the vote.  He felt unable to serve an organisation with values so incompatible with his own.

“A Cowardly and ungenerous Attitude”

The treasurer of the Manchester Liberal Union has received from Mr. Jacob Bright, formerly for many years MP for Manchester, a letter giving the reasons for not renewing his subscription of £50 to the Union.  Mr Bright writes: “Ever since I entered political life I have advocated the claim of women to Parliamentary representation.  For the last thirty years my wire, my sisters, my nieces and almost without exception, the women connected with my family, have given much labour to the cause of the enfranchisement of their sex.  I have never been satisfied with the attitude of the Liberal party towards this question.  I think it has been and is a cowardly and an ungenerous attitude.  I see that the hesitation, not to say hostility, with which certain leading liberals treat a claim so moderate and reasonable is seriously undermining the very foundations of the Liberal creed.  Considering the length of time which has elapsed since the principle and taxation and representation should go hand in hand was established, it is only just that women should be at once admitted to their share in the government of the country as they contribute to maintain.  For these reasons I have reluctantly decided that until Women’s Suffrage is seriously adopted and pressed forward as a measure of immediate Liberal policy any means at my disposal must be given to those who at great personal cost and labour, are advocating a reform which I hold to be essential.

Jacob Bright’s support for the cause is strikingly different to that of Herbert Asquith..  This may be due, in part, to the change from the peaceful tactics of the suffragists to the law-breaking of the suffragettes over the intervening years.  The attitude of Liberal Prime Minister Herbert Asquith following the second reading of the conciliation bill was reported in the Framlingham Weekly News 6th April 1912.  The conciliation bill, narrowly defeated by 14 votes, would have given voting rights to about a million women.  It was reported that, upon defeat of the bill, politicians leapt to their feet waving papers and handkerchiefs, cheering enthusiastically.  The vote was opposed by Winston Churchill and, of course, Herbert Asquith, amongst others. Asquith stated that his opposition was based on the one word, “sex.”

He said, “As a student of history and of political life, there is, in my opinion, a natural distinction of sex which admittedly differentiates the functions of men and women in many departments of human activity.  That differentiation ought to continue to be recognised, as it always has been, in the sphere of Parliamentary representation.”

Asquith was the target of many Suffragette attacks, during one of which the Downing Street windows were broken.  He fundamentally disapproved of militant action and it was not until 1917 when women ceased militancy to concentrate on the war effort, that he came around to the idea of women gaining the vote. Women over 30 or women householders over 21 were finally granted the vote by the last serving Liberal Prime Minister, David Lloyd George, in 1918.